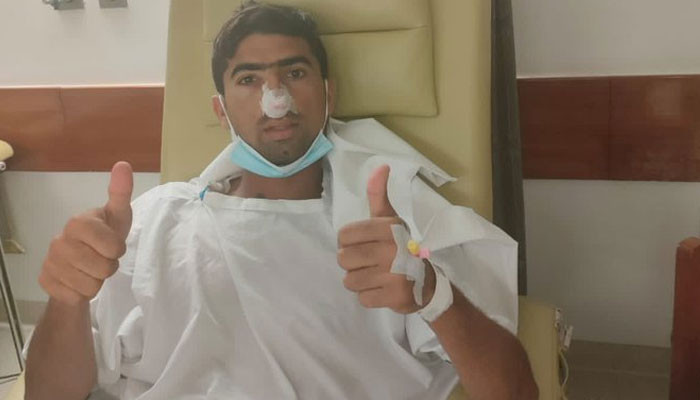 KARACHI: Pakistan star cricketer Shahnawaz Dahani underwent a successful operation of the nasal septum at a private hospital in Karachi on Monday.

On Twitter, Dahani said he had had breathing problems for a long time due to deviated nasal septum.

He said, “after consulting the medical team of PCBs and advice from my family, I underwent this surgery.”

According to sources, Dahani’s nasal bone, which had been hit after a childhood accident, was also repaired during the operation.

Doctors have said Dahani will recover completely before the Pakistan Super League (PSL), where he will represent the Multan Sultans.

Shahnawaz Dahani has been discharged from hospital after his two-hour operation and has been told that his next check-up will be on January 4.