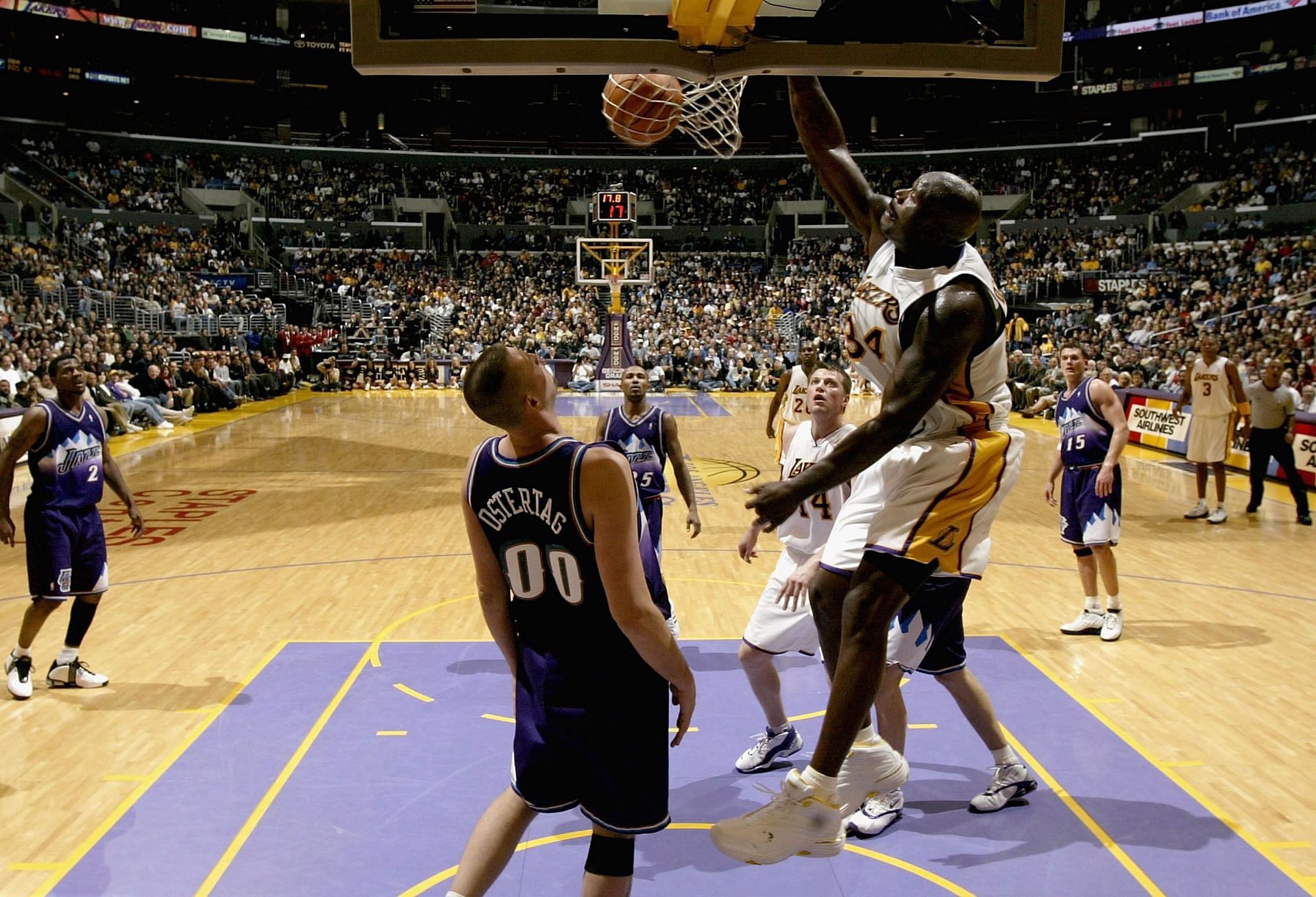 The All-Star Game is never a tense affair, and Shaquille O’Neal, who has made 15 appearances in the NBA All-Star Game, made it as much fun as he could when he got the chance. Even so, his competitive nature still kicks in, earning him three All-Star MVP awards.

Shaquille O’Neal has had a fair amount of All-Star action in his 19-year career. You will probably be watching from the comfort of your home during All-Star game weekend in February 2022. Recently, Big Diesel decided to relive some of his old moments during an All-Star game.

An Instagram user shared a reel of Dwight Howard and O’Neal at the 2009 All-Star Game, and Shaq was quick to share his story. There was a bit of chatter, as Howard spouted as he confronted Shaq.

In the video, Shaq hit the current LA Lakers star with a pass to Chris Paul and received the quick return with a clear path to the rim. The move was complete before Howard could react, and Big Diesel was already running defensively after the dunk.

Shaq is known for his subsequent plays and for using his brute force to push players back. However, he showed his general understanding of the game with the rebound pass and fast movement here. Despite being an All-Star game, O’Neal was eager to outplay his opponent, in this case Howard in his prime.

Shaquille O’Neal is the most dominant player in league history

No one had as much will or desire to get to the rim as Shaquille O’Neal. He was always willing to go through anyone to get there and was determined not to be stopped.

Throughout his entire career, Shaq was known for his low post work and his ability to take down the rim, literally. At one point in his career, he had the most dunks in league history, a record now held by Dwight Howard.

Shaquille O’Neal played for six different teams throughout his 19-year career. He was selected by the Orlando Magic as the first overall pick in the 1992 NBA Draft and spent four seasons with the franchise.

The NBA Hall of Famer ended his career with a full resume, winning the Rookie of the Year award, the league’s Most Valuable Player and four NBA titles. He also led the league in scoring twice and had the best field goal percentage in ten seasons.

Immediately after retiring from professional basketball, Shaquille O’Neal made his way to broadcasting. He joined Ernie Johnson and former NBA players Charles Barkley and Kenny Smith for “Inside The NBA” on TNT.