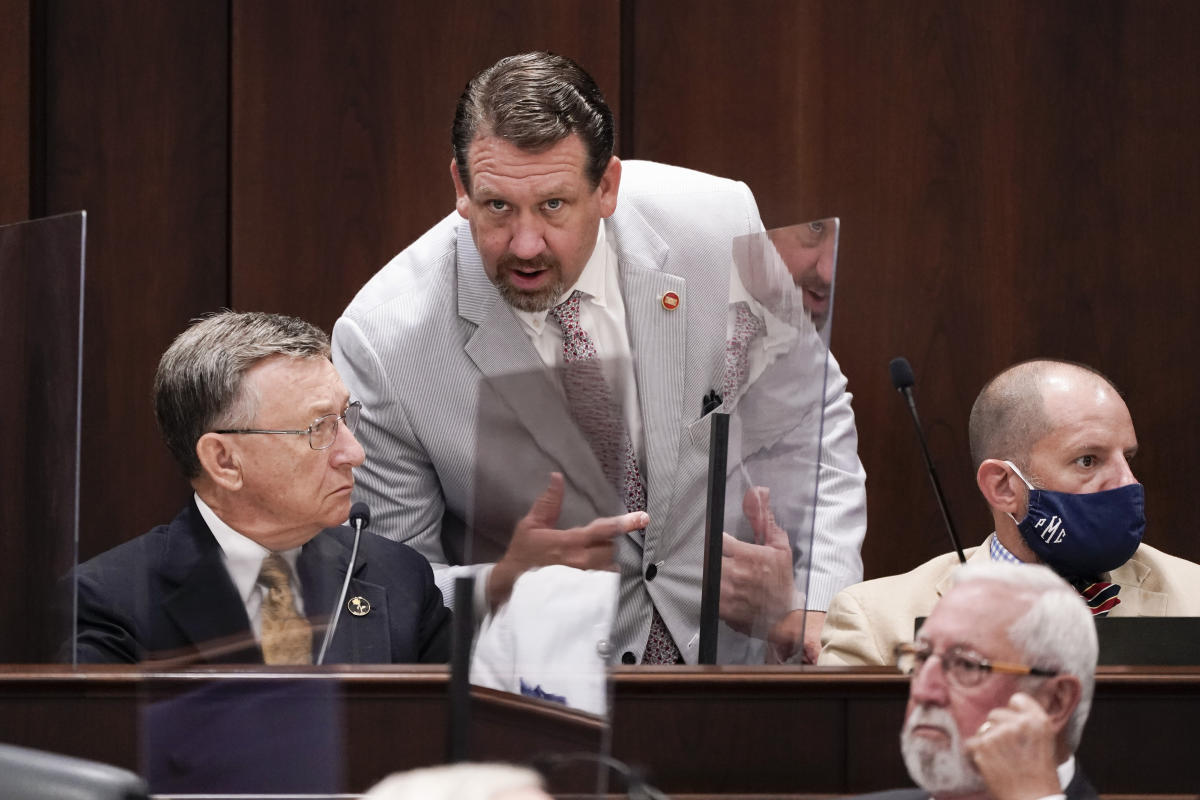 The 45-year-old lawmaker attended a game Tuesday between Providence Academy and Lakewood Christian Academy in Johnson City, Tennessee. Providence Academy livestreamed video of the match, in which Faison argued with an umpire as he walked onto the field. He pointed to the referee’s face and then seemed to try in vain to pull down the referee’s pants.

The video of the game has been removed from the school’s Facebook feed, but has been captured elsewhere on social media.

Faison was kicked out of the gym.

‘I played the fool tonight’

After the game, he apologized on social media, declaring, “I behaved the fool tonight. I hope to make it right.”

“For years I’ve thought how wrong it is for a parent to lose their temper at a sporting event,” Faison wrote. “It’s not Christian and it’s not adult and it’s embarrassing to the child, those have always been my thoughts.

“Unfortunately tonight I played the fool and lost my temper on a referee. I wanted him to fight me. I completely lost my shit and got kicked out of the gym. I never really lost my temper for anyone to see, but “I did it tonight and it was completely stupid of me. Emotions that get in the way of rational thoughts are never good. I hope to find the referee and ask for his forgiveness. I was very wrong.”

Ref has submitted a report to athletics association

According to the TSSAA report obtained by the Tennesseean, Faison walked from the stands to the field after a scuffle on the field prompted the referee to whistle both teams for technical fouls. The referee told Faison to leave the gym, which he initially refused, according to the report.

“You can’t tell me to leave the floor, this was your fault,” Faison is said to have said in response to the referee.

The referee stated that Faison then tried to “pull down and take off” his pants. Faison then left the gym “without further incident,” according to the report.

Faison has not publicly raised the incident beyond his social media post. He is the chairman of Tennessee’s House Republican Caucus.