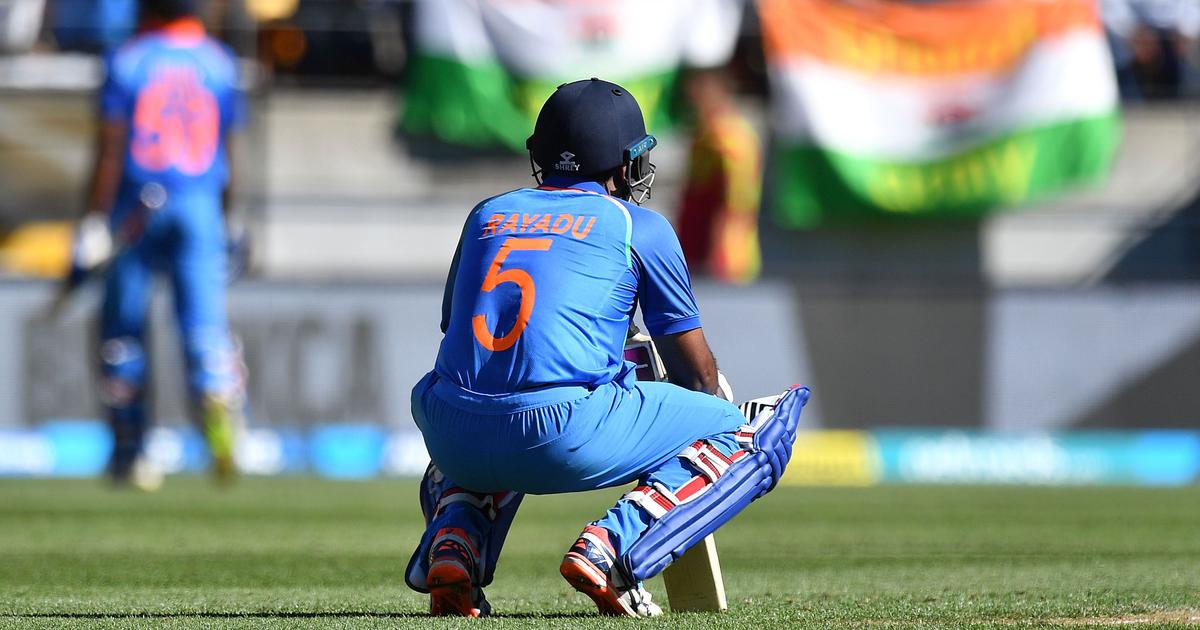 Ambati Rayudu said while talking about missing India’s 15-man squad for the ICC Cricket World Cup 2019 that it was disappointing for him, adding that his comeback was dedicated to the Indian Premier League (IPL) franchise Chennai Super Kings (CSK).

In particular, Rayudu was one of the five standby for the ICC ODI World Cup 2019, but he was not included in the main squad and instead, “three-dimensional” Vijay Shankar was included in the row.

Meanwhile, Rayudu recently told PTI that he is working hard on his fitness as he wants to play for three more years.

“I would love to keep playing until I am in good shape and fit. I want to be ready for the next cycle, which is three years, and I’m working hard on my fitness. I recently played the Vijay Hazare Trophy, which is five one-day matches in six days that I got through well. I’m in good shape and I hope to continue playing for at least the next three years. “

Ambati Rayudu said he is “grateful” to CSK for helping him get through the difficult phase following his exclusion from the World Cup squad.

“The 2019 World Cup was definitely disappointing for me because I did not join the squad. My comeback was dedicated to CSK and how they helped me get through that phase and time and I am grateful to them, ”he said.

The 36-year-old batter mentioned that his CSK stay “has been a very special one” and added that the legendary skipper MS Dhoni has played a big role in getting the best out of him.

“My stay with CSK has been very special. We have won two IPLs so far and played a final. 2018 was a very special season, a comeback season for CSK, and the fact that we won the IPL that year made it very special.

“Dhoni bhai has had the impact of getting the best out of me, not just me, but he has an impact on everyone and brings the best performance out of everyone on the team. That’s why he’s the best captain India has ever had, ”he said in an email interaction.

Rayudu, who has been part of the Chennai Super Kings franchise for four seasons now, said he would love playing for CSK again and hoped to be selected by them in the Indian Premier League (IPL) 2022 mega auction.

“… I would definitely love to play for CSK. Formally, there has been no communication with me so far, but I hope to be selected by them and have a successful league again. After the 2020 season, this victory was very special for us at CSK. I have also had my contribution.

“I have had a fantastic opportunity and shown my potential. I enjoyed the role I played this year with CSK. Since I am in the lower middle order, it is difficult to get such an opportunity, and I loved every moment, ”he maintained.

Ambati Rayudu was further asked if CSK’s template was one for the others to follow, to which Rayudu replied:

“I would not say template, but each team is looking for a mix of young and experienced players as they choose. Especially when there is high pressure, experience really counts. We see that many teams are very mature around the selection of their teams, and I think this year will be a very interesting auction. “

“It is a great honor to represent India and I am glad that I represented India in the white ball format ODI and the T20s, I feel unlucky to miss the test cap. But I do not regret it, as I have given my best. I am happy with the opportunities I had to represent the team, and that in itself is a great honor, ”he concluded.