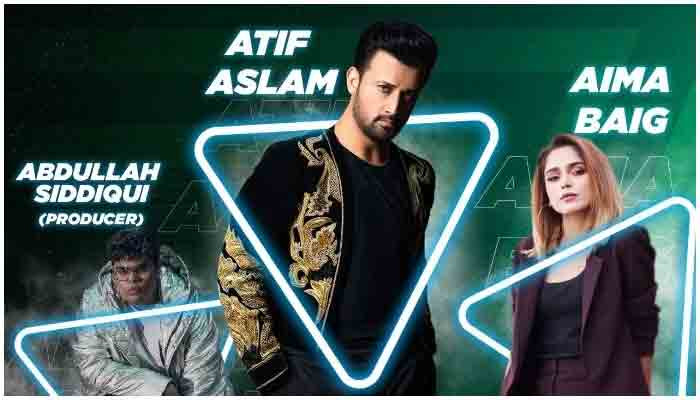 As every year, the announcement of the Pakistan Super League (PSL) anthem sparked a debate on social media with many netizens questioning Aima Baig’s recording for the second time.

The Pakistan Cricket Board (PCB) on Thursday shared details of the singers involved in the long-awaited PSL 2022 anthem, saying Atif Aslam and Aima Baig will sing the anthem, which has been produced and composed by Abdullah Siddiqui.

It will be released next week through an event partner, stated PCB.

According to the statement, the theme of the song is inspiring and motivating with the lyrics and music aimed at uplifting the mood among fans and the nation as the world goes through hard and trying times due to the COVID-19 pandemic.

This will be the first time Aslam will sing PCB’s marquee event song, while Aima had starred in last year’s “Groove Mera”, which proved to be a huge hit.

Abdullah said of the event: “To have this anthem produced is a dream for every musician and I am very honored and grateful to PCB for the opportunity this year.”

“Both Atif Aslam and Aima Baig are undeniably the best and it has been a privilege to work with them. I am very excited for fans to hear what we have come up with,” he added.

The producer further said: “We have tried to produce a song that captures the spirit of the game in a meaningful way while still being very fun and catchy.”

Here’s how network users reacted to the PSL anthem: