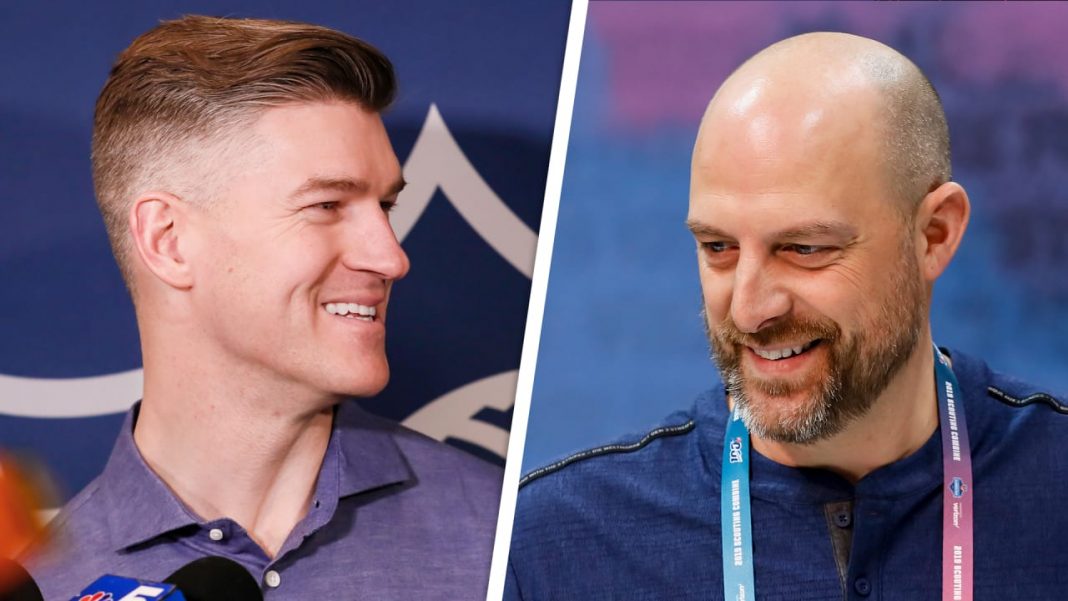 The Chicago Bears have two games left to play in the 2021 season. Whether they both win or lose both does not matter at this point. They are out of the playoffs. It’s about cosmetics and draft position now. The questions people are asking have to do with what changes will be made when the offseason begins. A team does not lose 10 or more matches and expects things to remain the same.

This is where it’s gotten pretty messy. George McCaskey chose to keep the pairing between GM Ryan Pace and head coach Matt Nagy together last offseason. He believed the two were the best leaders for the job at the time despite the disappointing end to 2020. However, as things have gone off track this year, it sounds as if the united front is starting to burst. According to a source, there is an “undeniably strong disagreement” inside the organization.

Pace has his followers. Nagy has his. Both push the top brass to keep one or the other. McCaskey is trapped in the middle, trying to fix things. That is why it has not yet been published. The team president has so many different voices in his ear that tell him different things. That would explain why the source also added that he also gets advice from people outside the organization.

Where things stand is a little difficult to determine. Belief remains that Nagy will be out as head coach. It is Pace that is the hardest decision to make. He has strong backers in the organization, but not enough to give his return any kind of guarantee. Some warn McCaskey that retaining GM will limit the number of top coaching candidates who want to come to Chicago. Even with Justin Field’s appeal.

When it becomes clear that change is a necessity for an organization that is going in the wrong direction, unity is one of the first things to go. Survival mode starts. Guys start doing everything they can to make sure they do not lose their jobs. If that means selling the other one down the river, then so be it. The same thing happened back in 2014. Marc Trestman and Phil Emery both tried to bring their cases before McCaskey. Trying to convince him that they could get things sorted out.

In the end, the chairman decided to clean up. It feels like the same thing could happen again. Nagy is almost gone. The pace has not been decided yet, but recent rumors that the Chicago Bears are investigating possible GM candidates do not bode well for his chances. Also, the fact that McCaskey does not appear to be in a hurry to take advantage of the new NFL rule that allows teams to interview head coach candidates two weeks prematurely suggests that changes will go higher than that place.

You must first find a GM before securing a head coach.

There is no other way to describe this situation than an absolute mess. Not surprising considering how the season has gone. McCaskey tried to give Nagy and Pace one more chance. They did everything to make it work. Unfortunately, a mix of mishaps and bad decisions has led to their worst season since 2017. Changes were also made after that year. This time they can go all the way.