Earlier this year, we reported that one of the best Star Wars games ever, Knights of the Old Republic, got a fan-made Unreal 5 animated series made with Lucasfilm’s blessing. It was originally intended to start in October, but the shock revelation of a KOTOR remake has meant that the animated series will be delayed – but spin-offs will come first.

The Star Wars: Knights of the Old Republic animated series is being made in Unreal 5 by fans of Unreal Cinema, who got their thumbs up from Lucasfilm as long as it is non-profit and does not use footage from the films. The big revelation back in August was the cast and a targeted release date for the first episode in mid-October.

That clearly did not happen, and in their latest video (below) Unreal Cinema confirms that “due to the announcement of the remake” and a few other factors, the KOTOR Unreal series has been delayed – but they confirm that “the series will still continues as planned “and will not be canceled.

The video also reveals the main villain Darth Malak and his ship, Leviathan, as well as the news that the team is creating a short film spin-off about Sith Lord coming “in the next few weeks”. This will focus on a “turning point” in Malak’s history and will be the first in an anthology series based on KOTOR characters, with additional Rogue One-style spin-offs based on Revan and Mission Vao planned. 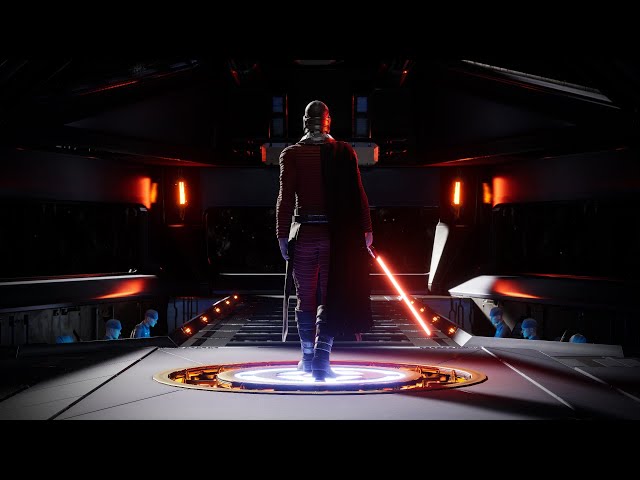 The one thing Unreal Cinema could not share was exactly when Episode One of the Knights of the Old Republic series is coming now, but hopefully it will not be delayed out by 2022. The KOTOR remake also does not have a release date and does not involve at all the original developer BioWare, though it has its own Old Republic project with the new Legacy of the Sith expansion for BioWare’s MMO coming soon.