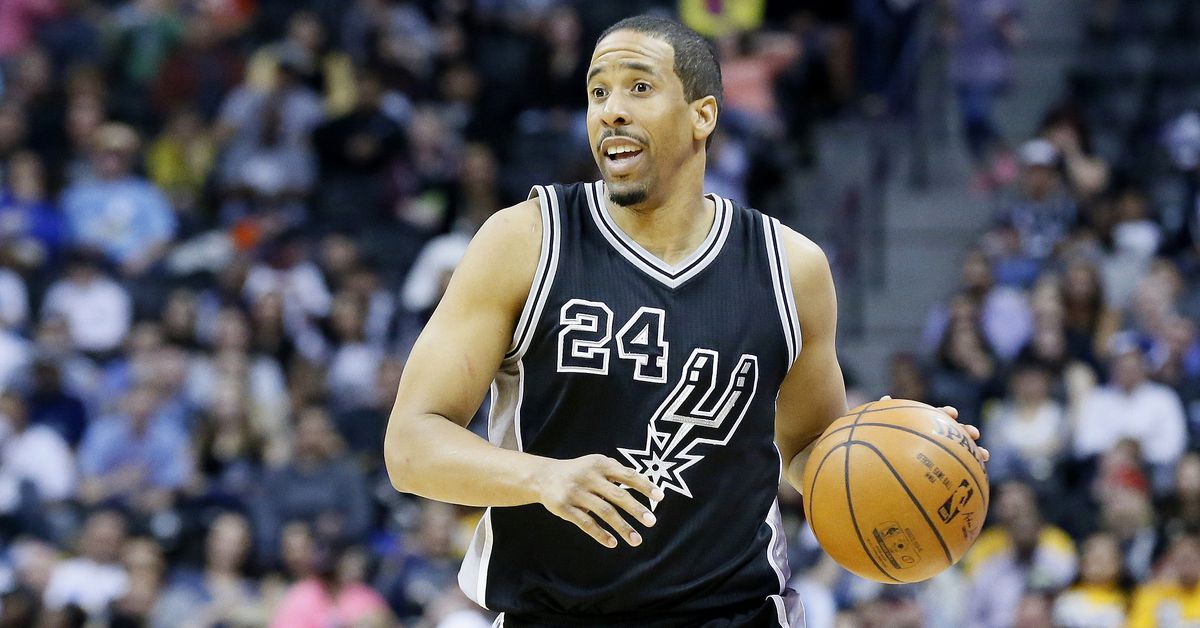 With COVID currently rampant through the NBA and the league doing everything it can to continue, teams are currently allowed to sign up to three players on 10-day medical hardship contracts if there is enough of the roster. The exhausted Spurs did just that in the past week with Tyler Johnson, Jaylen Morris and Anthony Lamb, but there’s also a chance to have fun with the idea and bring more unexpected but familiar players back to the league, as some teams have done. done.

Players like Lance Stephenson and Joe Johnson have recently returned to the league due to COVID-related absences? Who would be the cutest former Spur or old star to sign San Antonio?

Marilyn Dubinski: Sure, I’d take one of the Big Three or David Robinson, or even Sean Elliott, just so he can go out and say, “That wasn’t a foul before!” to the ref. In more realistic terms (such as players who are not old, are retired and would theoretically be available), Marco Belinelli could perhaps return from Italy and contribute to the Spurs’ sudden lack of wing depth. (It’s been an even year, so that would mean some good Marco shots! Plus who wouldn’t want to see the return of “Marco Watch” in Charlie Thaddeus’? What we learned Article? Just don’t play him next to Bryn Forbes, Pop.)

The Spurs can also hand out some second chances to promising players who didn’t quite come out on top with them or disappeared from the league after they left, such as Brandon Paul, Jonathon Simmons or Joffrey Lauvergne – assuming that finger is cured. (Okay, getting anyone to rewatch that finger video is the only reason I brought it up, since the Spurs don’t need a center.) Probably Nando de Colo would be the only former offshoot that would be a legitimately good buy, but he has made it over in Europe. He won’t come back in 10 days.

Mark Barrington: The obvious choice is Tim Duncan, who can still play, of course. I’d love to see Boris Diaw don the Silver and Black again because he sure has I do not know what and it really doesn’t matter if he’s in shape or not, he can open himself up and score points. Manu Ginobili is another easy choice as he is already with the team and can do whatever it takes on offense or defense.

George Gervin can still roll his fingers, and no one will want to mess with the Ice Man. However, his lack of speed in defense could be a problem. Avery Johnson can intimidate the other team with his voice so that he doesn’t even have to go on the field.

These kinds of questions are fun, but realistically I’d like to poach some of the guys on 10-day contracts from other teams, like the guys who outsmarted the Spurs in the second Pistons game, including Cassius Stanley, who was there. really looks like a player. He certainly beat some regular Spurs players and could be a goalkeeper.

Bruno Passos: I’m going to take conservative liberties by assuming that this player could step on the field today and still play. Manu is obviously fun, but the game has already demanded enough of his body, so I’m going with one of my favorite one-time mercenaries, Andre Miller, whose 52-point feat in his mid-30s requires the bare minimum of pop and athleticism. . Who says he can’t give another COVID call-ups ten years later? I’m also convinced that David Lee can still get off the couch and give them 10 and 7.

Jesus Gomez: Without a doubt Stephen Jackson. I would have gone with DeJuan Blair, but I saw him seem completely defeated in the Argentine league, which was depressing enough. Jack, on the other hand, probably thinks he’s better than half of the Spurs roster, as his confidence turned delusional years before retiring, so he’d really be trying to compete. It would be amusing to see him mentor Keldon Johnson, who has mastered Jack’s slow but hard-to-fight shot, all the while trying to take over his job. The 10-day contract would certainly end in drama, as Jackson’s last stint with the Spurs did, but in the meantime we’d have some fantastic offers.

If Jack is too much trouble for Pop right now, I’d love to see one of the obscure draft-and-stash guys or the OG G League guys that the Spurs used to have a right to have a shot at, though if only to fair all those FIBA ​​games I watched scouting them. Do you remember Nemanja Dangubic and Ryan Richards? What about James Gist and Deshaun Thomas? I remember them all and how they play, and would love to have something useful to do with that information.