OKC Thunder has a few days off for the Christmas holidays.

Unlike some of the teams that have to play on Monday or Christmas Day, the Thunder have a four-day break after their 118-112 home win over the Los Angeles Clippers on Sunday.

Next up are the Memphis Grizzlies on Thursday in OKC, then the Charlotte Hornets in North Carolina on Friday.

Do things right at home

The Thunder are playing an inspired ball right now. In short, they have been doing things right. They lost two in a row to the Sacramento Kings and Denver Nuggets, and have since righted the boat and won four in a row. It all started with a 109-106 victory over the Chicago Bulls. They then went on to beat the Memphis Grizzlies, the Phoenix Suns, and the Los Angeles Clippers. It should be noted, as the caption indicates, that all of these wins came from four of his long five-game streak at home.

In their last game, Steven Adams, Dennis Schroder and Shai Alexander combined for 80 points. Steven Adams had a wonderful game, scoring 20 points, but also grabbed a whopping 17 rebounds. Against the Suns, again three players scored more than 20. This time Danilo Gallinari, Shai Alexander and Dennis Schroder. Also two games in a row where Shai GA, scored 32 points. Against the Grizzlies three games ago, again we have three players over 20 points. Chris Paul scored 18, nearly making four, and Steven Adams double-doubled with 10 rebounds and 13 points. It has been team play and load sharing that have helped lead OKC to this winning streak.

But can they go ahead and make a five-game home sweep when the Memphis Grizzlies return to town the day after Christmas?

There is still no point spread on the NBA odds boards. But OKC Thunder is likely to be the moderate favorite again. Last time around, SBR Sports Picks listed the Thunder as 6-point favorites and oddly enough it was right on the button, the Thunder won by exactly six. I think the point spread will be similar, in the range of 5 to 7 points.

The Grizzlies are 12th in the Western Conference right now, with a not-so-good record of 11-19. The Thunder are in seventh place, trying to hold off the Blazers in eighth place who have finally found some victories. One important thing to note about this matchup is that the Thunder have dominated this series. In the last ten meetings, OKC has won nine games by an average margin of seven points and change. 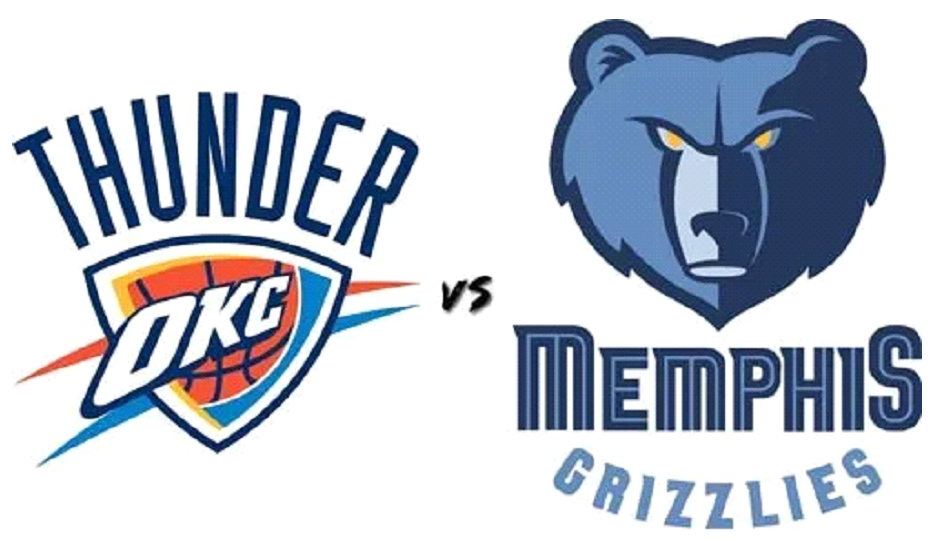 Right now, Memphis is scoring 110.8 points per game. Which is pretty good, all things considered. That statistic puts them in the league’s 16th scoring offense, which is squarely in the middle of the group. His main problem is defense. They let the opposing team just walk past them and score 116.23 points per game, which is bad; They rank 26th in the NBA by points allowed. On the other side of the coin, the OKC Thunder only score 108.89 points per game, which is 19th in the league. But they allow less than they score, 107.79, enough to win most of the time.

However, when the Thunder are at home, their offensive production jumps to 114.47 per game, while their defense only drops one point to 109 and changes. The Thunder’s offensive production at home is in line with what the Grizzlies allow on the road, 115.31. So we should expect the Thunder to place somewhere in that stadium in Memphis this Thursday, 113-116 points.

Meanwhile, Memphis’ 108-point-per-game road offense meets 109-point home defense… So again, the averages match. We should see another six-point win over the Memphis Grizzlies and the OKC Thunder will kick off their two-game road trip on a five-game winning streak. This should allow them to bring some momentum to Charlotte on Friday against the Hornets 13-20 and hopefully extend that streak to six in a row before facing a tough Toronto Raptors team on Sunday.