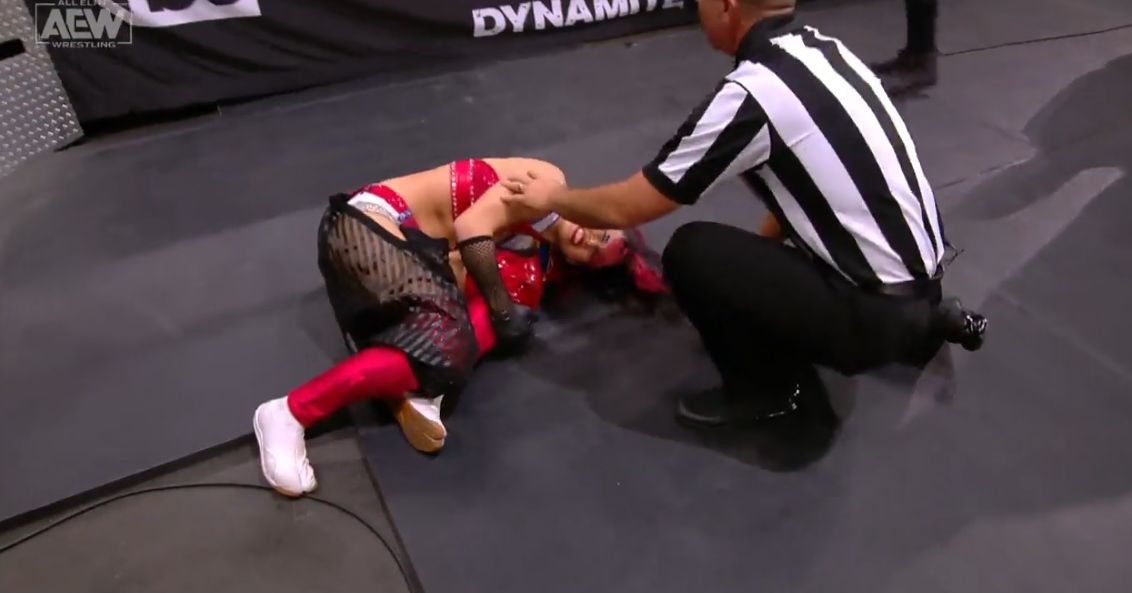 AEW advertised a grudge match in this week’s episode (January 12) of Dynamite with Hikaru Shida going up against Serena Deeb to finally solve their problems.

It wasn’t a fair fight as Deeb attacked Shida’s knee from behind as she entered, then dropped her knee first into the steel staircase. Shida tried to hold on, but she didn’t stand a chance with only one good leg. Hikaru never tapped out, but the referee ended the match when Serena caught her in the Serenity Lock.

Deeb then sadistically broke a kendo stick over Shida’s injured knee during a post-match assault.

If you were wondering if there’s more to this injury, you’d be absolutely right.

Shida posted close-up images of her bruises on Twitter and said she is returning to Japan.

So AEW will be without Shida for a while, and Japan will get Princess Tsuru back:

Which AEW wrestler do you think Serena Deeb will attack next, Cagesiders?