A heartbreaking photo shows a mother sobbing over her Brazilian pop star daughter’s open coffin after she died in a crashed private jet at age 26.

Ruth Moreira Dias was held by family members as she leaned against Marília Mendonça’s coffin, a day after the singer and four others were killed when their plane crashed near a waterfall in southeastern Brazil.

Thousands of fans waited outside a football stadium to pay their respects to the popular singer.

A massive group of mourners waited in a huge queue that stretched outside the Ginasio Arena in Brazil’s Goiania on Saturday to see Mendonça, who died along with four others after her private jet crashed into a waterfall in southeastern Brazil on Friday.

Huge crowds of fans flocked to a stadium where a massive public vigil was to be held.

Devastating footage shows Mendonça’s mother looking over her daughter’s open casket, which was covered in silky white ruffles, while mourners clad in black surround her with heartbroken expressions. 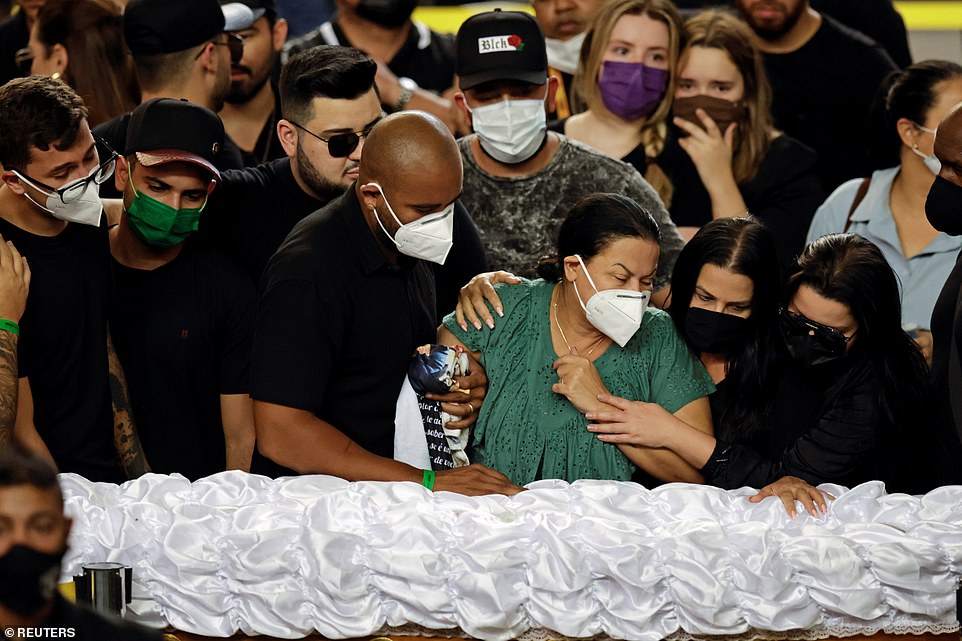 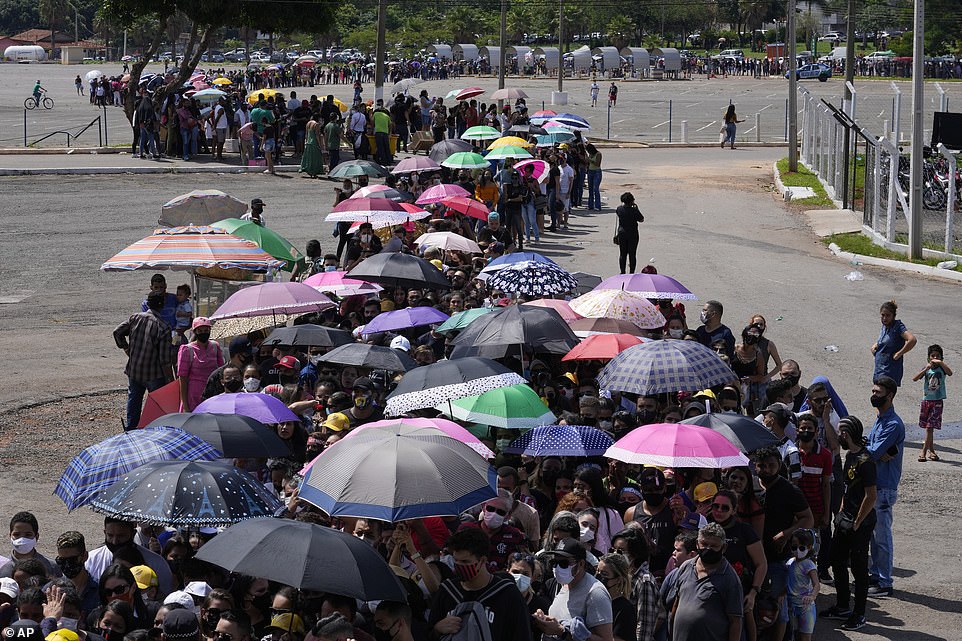 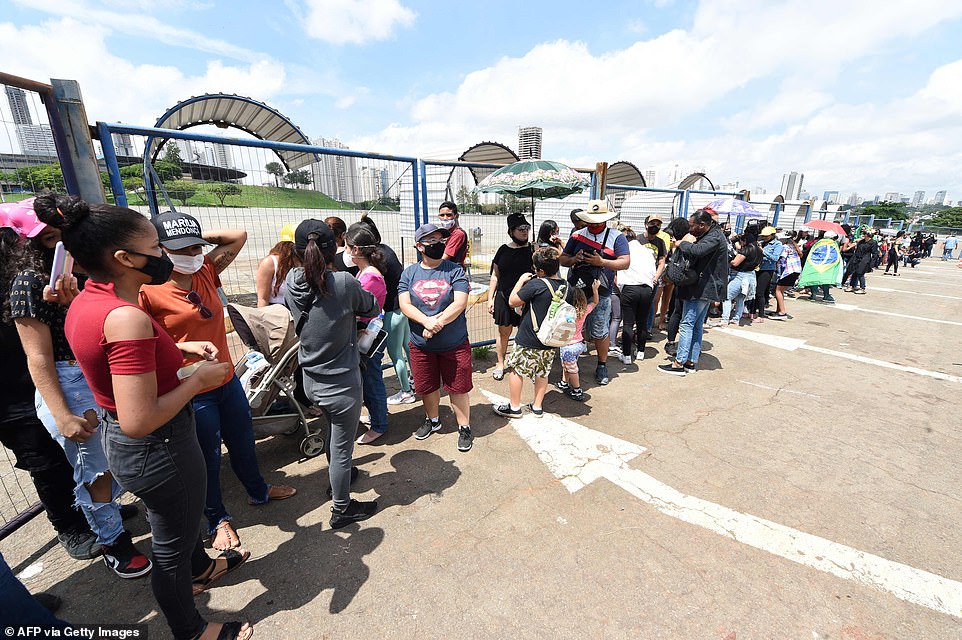 Fans began queuing outside the 15,000-seat arena at dawn where large floral arrangements arrived in a steady stream 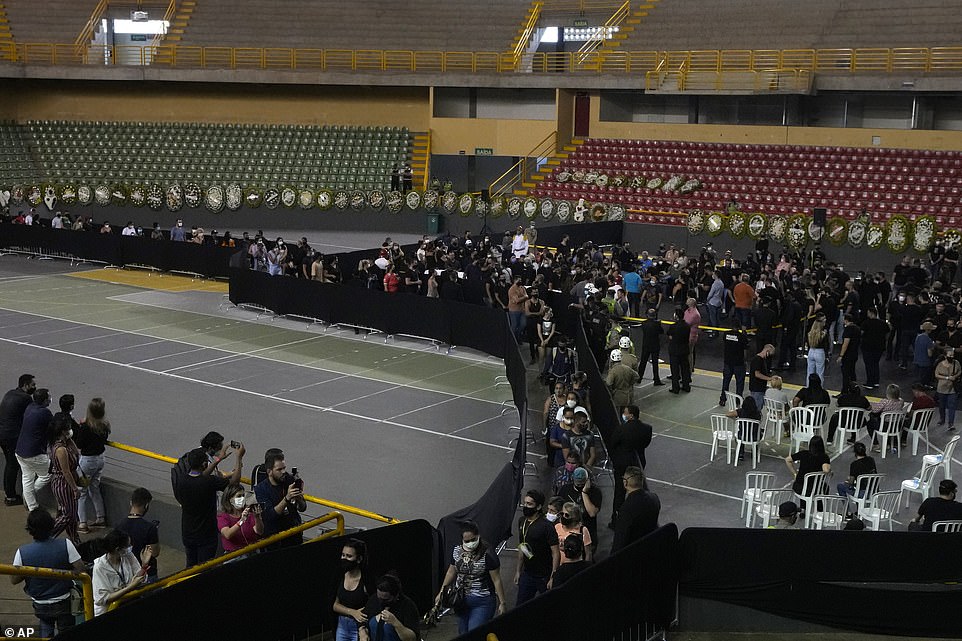 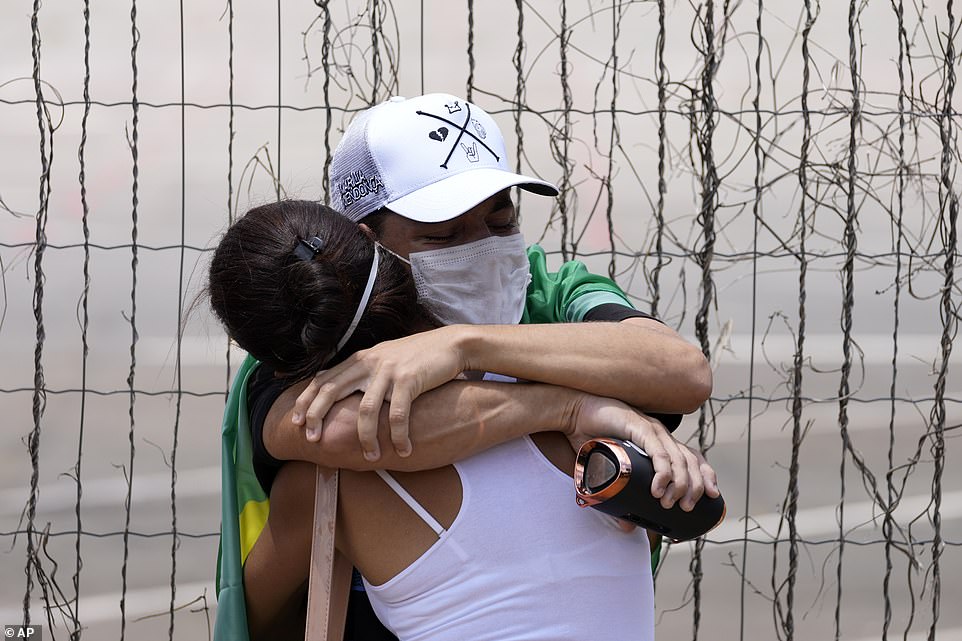 Heartbroken fans were captured comforting each other as they deal with the sudden, devastating loss of the 26-year-old singer 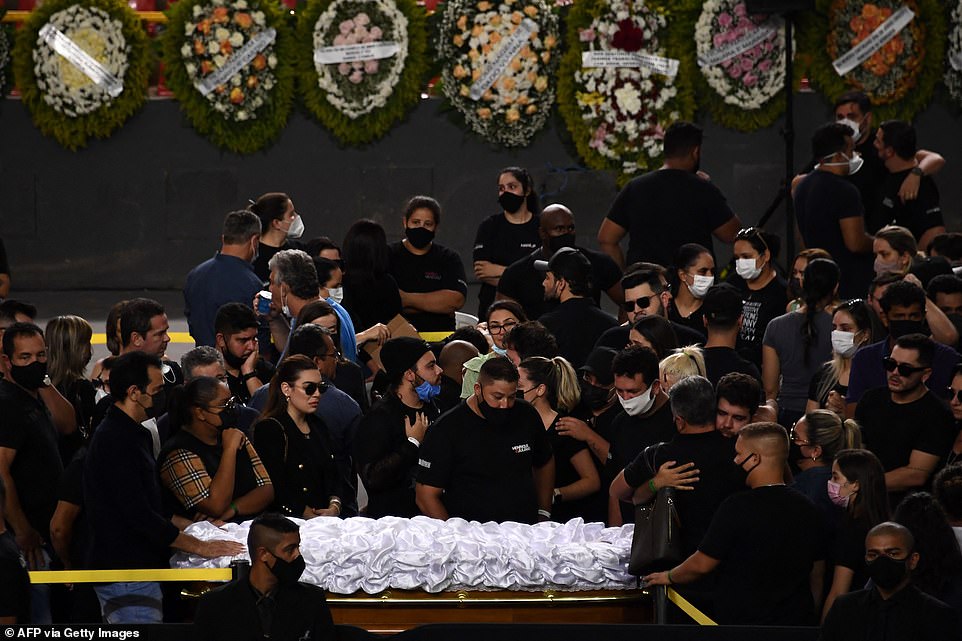 A sea of ​​mourners overlooks Mendonça’s coffin during her vigil at the Arena Goiania sports center, in Goiania

Fans began queuing outside the 15,000-seat arena at dawn where large floral arrangements arrived in a steady stream, AFP reported.

The public vigil is held for the star and an uncle who worked with her, who also died in the crash, will later be buried in a small private ceremony for close friends and family at a local cemetery.

Heartbroken fans were caught comforting each other as they cope with the sudden, devastating loss of the 26-year-old singer whose plane crashed en route to Minas Gerais town of Caratinga, where she was to perform at a concert.

On the plane were the star, her producer Henrique Ribeiro and her adviser uncle Abicieli Silveira Dias, as well as the two pilots, whose names have not been released. 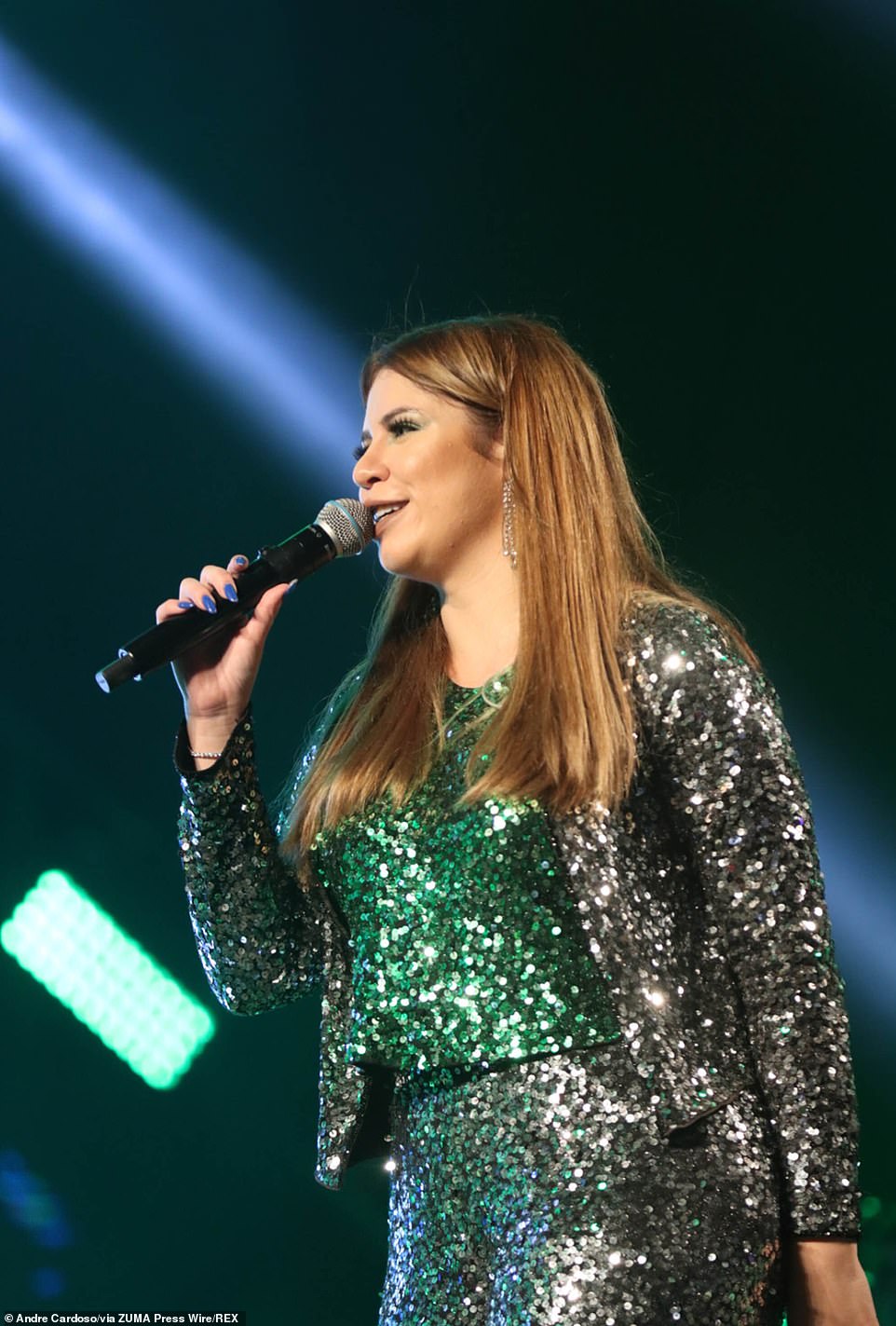 Marília Mendonça, who died in a plane crash near a waterfall in southeastern Brazil, photographed five days ago during a performance in Sao Paolo 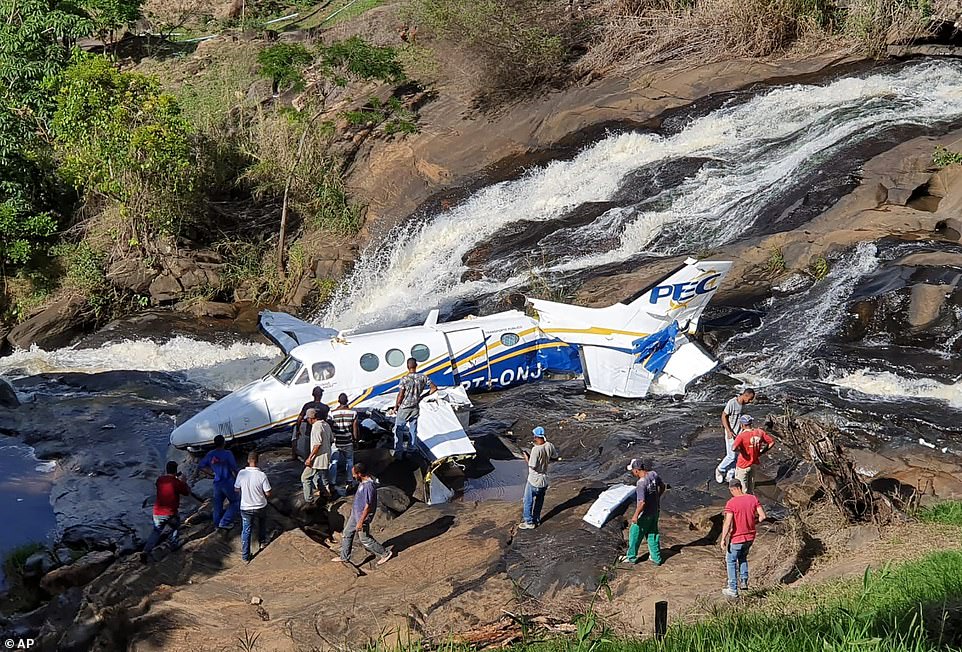 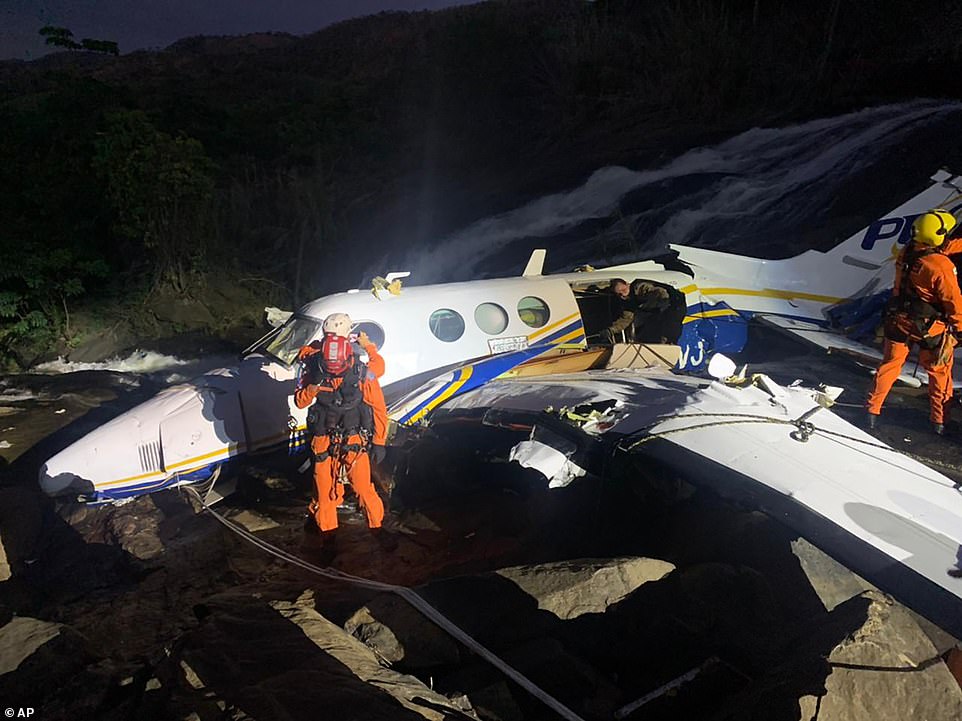 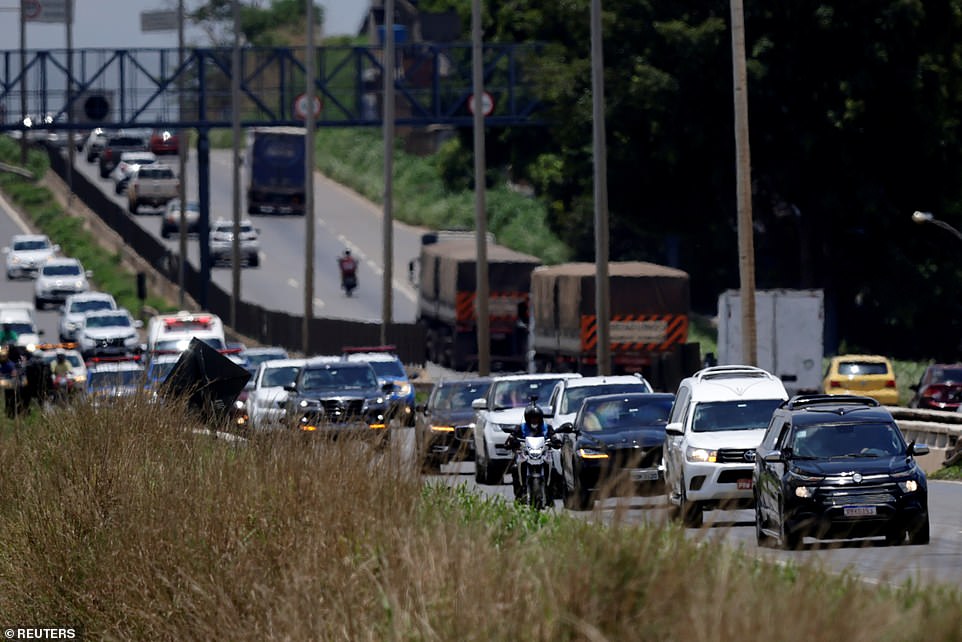 A convoy carrying the body of Brazilian singer Marilia Mendonca is seen before her wake at the Arena Goiania sports center, in Goiania, Goias state, Brazil

Her fans came from far and wide for a chance to say a final goodbye to the star, including Davi Dyeimes Linares who has traveled 80 miles to be first in line for the wake.

“We have come to say goodbye to our wonderful Marília Mendonça and thank her for singing for us during these years of her life and making our hearts soar,” he told news site G1.

Mendonça uploaded a video to her Twitter and Instagram accounts an hour before the crash, showing her pulling her suitcase and carrying her guitar as she walks to the plane.

The twin-engine plane smashed into rocks at a picturesque waterfall outside the town of Caratinga, where the artist was to perform.

Mendonça was known for his breakthrough in a country music scene long dominated by men and machismo.

She was a leading figure in a burgeoning subgenre known as “feminejo” or “sertanejo” music by women.

Nicknamed the “Queen of Suffering,” she was known for her ballads of heartbreak and long-suffering lovers, as well as singing empowerment and women’s need to “overcome,” which was also the title of one of her most famous songs. .

She had 22 million subscribers on YouTube, 39 million followers on Instagram and more than eight million monthly listeners on Spotify.

Her death drew heartfelt tributes from figures ranging from Brazilian music legend Caetano Veloso to football superstar Neymar to President Jair Bolsonaro, who said the country was “in shock.”

“She was one of the greatest artists of her generation,” he wrote on Twitter. 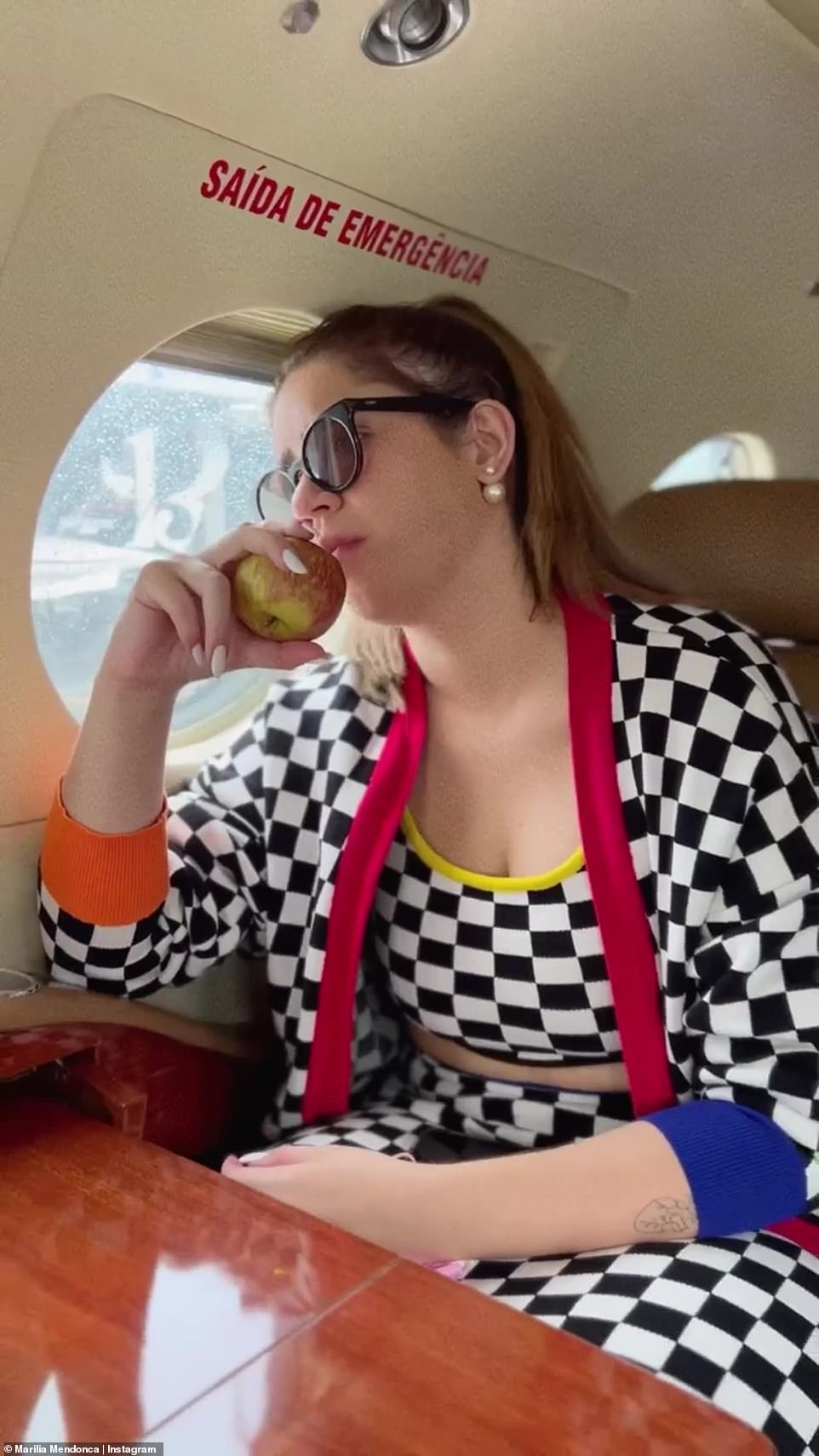 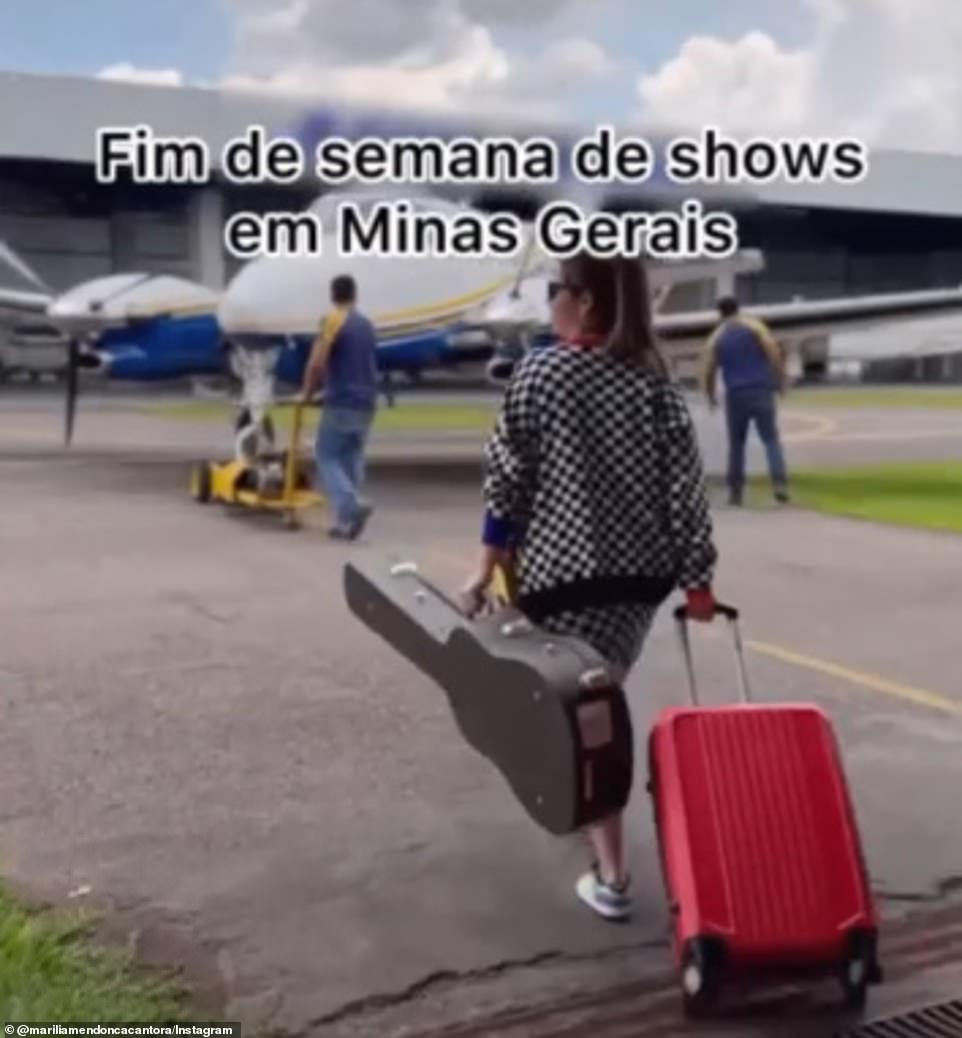 Brazilian country singer Marília Mendonça has uploaded a video to her social media networks showing her carrying her guitar and suitcase to the private jet she flew on an hour before the fatal crash Friday afternoon.