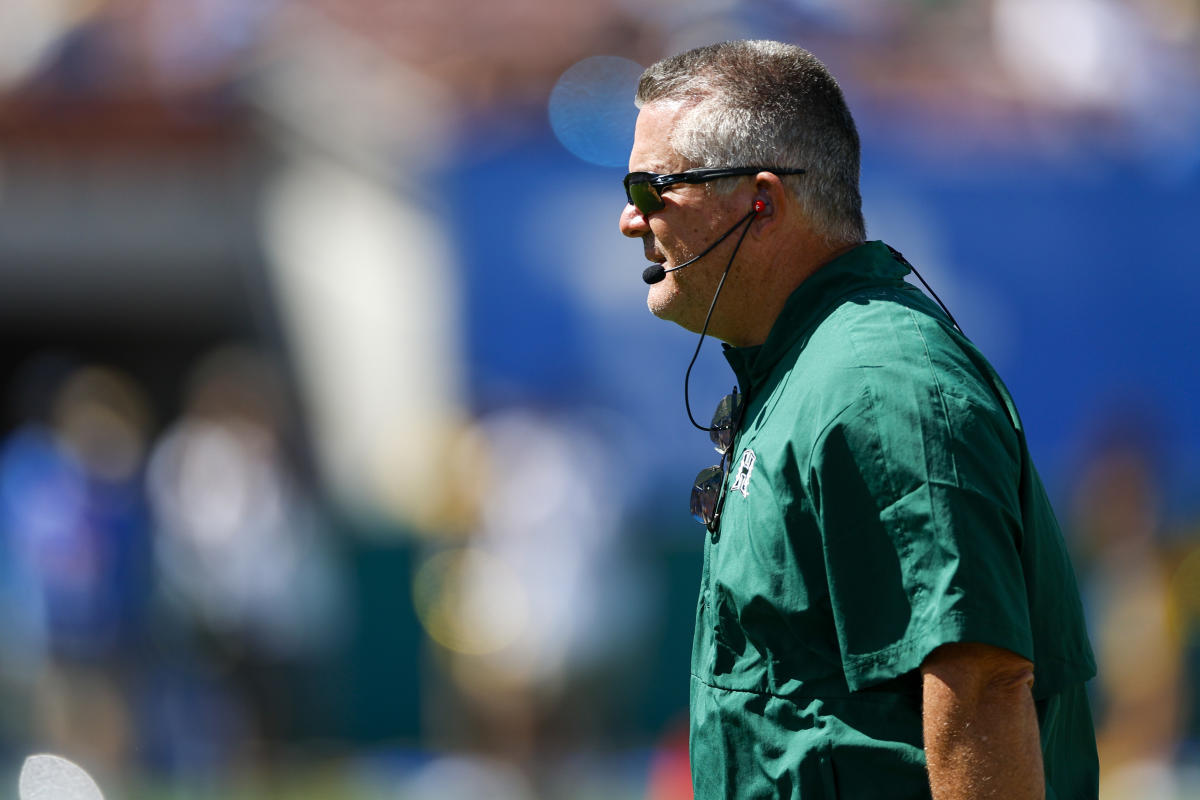 Hawaii is a football program that is in turmoil after allegations of mistreatment of players shook up a season that was already turbulent between a penultimate division finish and bowl game canceled due to the COVID-19 outbreak. A total of 12 players, including half a dozen starters and two of the three captains, have entered the transfer portal since November.

However, head coach Todd Graham, the man at the center of those assault allegations, has identified the root of the problem: the transfer portal.

The most important part of Graham’s statement:

“As a staff, we realized that the transfer portal would bring challenges for our team. The portal has been a challenge for many teams this season. We are disappointed to lose a member of our Warrior family to the transfer portal. We appreciate the contributions they have made to the team and wish them all the best in their future.”

Although the freedom of the transfer portal may be how a dozen Hawaii players have left the program since early November, Graham and Matlin failed to make the Why. We may have a few guesses about that number.

When players are frustrated with the coaches controlling their team, it’s hard to get the word out. You may see anonymous quotes or cryptic social media posts. What you usually don’t see are active players venting on a public Twitter Space, as SFGate documented earlier this month.

According to the report, Graham’s behavior borders on abusive when it comes to his players. Here are some anonymous quotes given to SFGate about what it’s like to play under the veteran coach, who reportedly constantly insults his players and threatens to take away playing time if asked.

“A lot of players want him fired, especially the starters.”

“I and many others can truthfully say that Graham killed our love and passion for football.”

“I’d go as far as to say it’s verbal abuse the way he talks to guys. … It’s personal. It’s not like, ‘Oh, you need to be faster.’ He calls guys useless, assholes and a bag of shit.”

“He’s never talked to me about anything. I’ve never shaken his hand.”

“Because of this coaching staff, I lost my love for the game.”

“Last year I had several conversations with my parents about quitting, dropping my scholarship and being done with football after playing it all my life.”

“I probably won’t come back this year because [Graham] has three years left. … It’s not like we have the money to buy him out.”

“Most freshmen drop out or try to transfer.”

Graham, who was fired by the state of Arizona in 2017 after hitting a 46-32 record in six seasons, was hired by Hawaii last year to take over a team that scored 10-5 the previous season. The Rainbow Warriors went 5-4 in their first season under him with a win in the New Mexico Bowl.

This season, Hawaii finished 6-7, finishing fifth out of six in the West Division of the Mountain West. The Hawaii Bowl fourth berth in six years was canceled due to a COVID-19 outbreak among the team.

Who is transferring from Hawaii?

Matlin’s statement claims that the number of transfers in Hawaii is “not unusual” compared to other schools, even in their own conference. There is a kernel of truth in that, because an analyst also has another Mountain West program Nevada at 12 outbound transfers. And yet it’s still hard to call that song normal.

After all, if this number of transfers is business as usual, why release these statements?