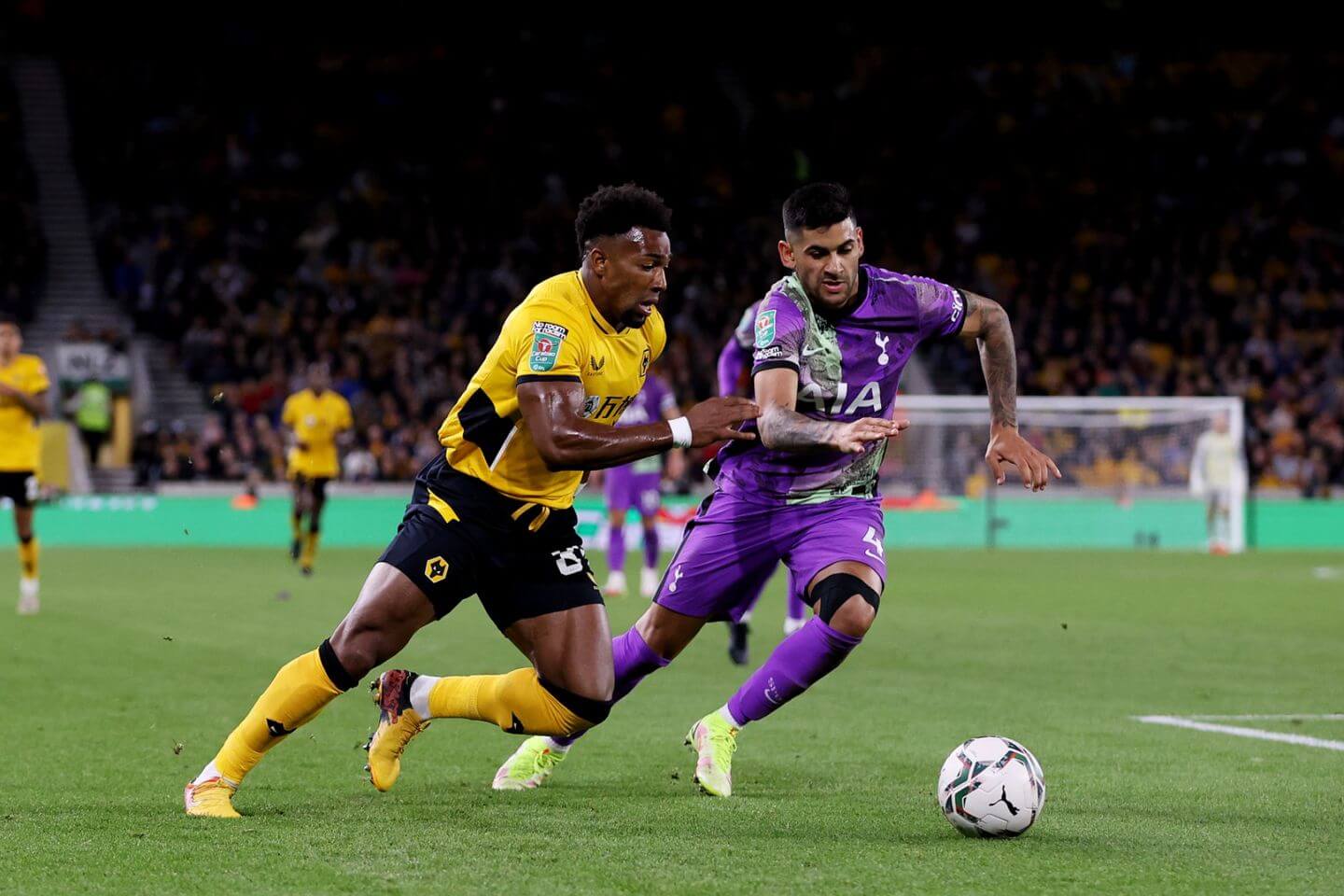 Tottenham Hotspur are considering another move for Adama Traore from this month, with the aim of turning Wolves’ winger into a fullback.

The Spurs were close to signing Traore last summer, before Wolves canceled the deal, and now Antonio Conte and Fabio Paratici are considering a new approach that would allow Matt Doherty to return to Molineux in part exchange.

The priority for Spurs this window is some offensive quality on the right-back, to bid more in the final third than Emerson Royal currently does. With not many specialist fullbacks on the market, there is an idea at Tottenham that Adama Traore could be trained to play in that position.

It would be similar to how Conte taught Victor Moses, formerly a winger, to play at right back for his Chelsea side that won the Premier League in 2016-17 and the FA Cup in 2018.

Traore has only 18 months left on his Wolves contract and has not shown any willingness to sign a new contract. This means that Wolves accept to sell Traore, and are open to letting him go in this window before entering the final year of his contract.

His value is currently estimated at around £20 million, and would of course be lower than it would be in the summer.