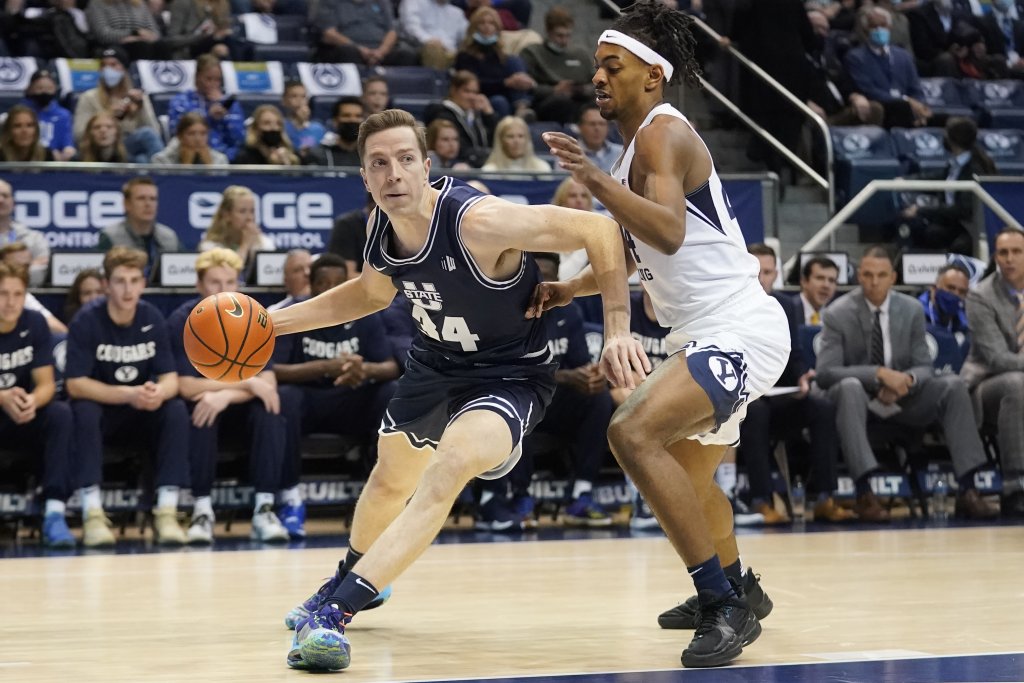 The Utah State Aggies (9-4)—chosen to finish fifth in the Mountain West preseason poll, but currently rated the third-best team in the league by KenPom—take on the Air Force Falcons (7-4) Wednesday at Clune Arena. Tip off is at 3 p.m. ET.

Utah State enters the contest as the favorites according to oddsmakers and KenPom predicts the Aggies will win 72-60.

Meanwhile, Joe Scott’s club faltered against a stifling Texans defense that forced 18 Academy turnovers. Freshman Jake Heidbreder led the Falcons with a career of 15 points, including a personal best of three 3-pointers. The Air Force’s leading scorer, AJ Walker, averaging 16.7 points per game, was limited to just six points (1 in 7 from the field).

Odom picks up where Pastor Craig Smith left off. Before leaving to coach the Utes in Salt Lake, Smith took the Aggies to consecutive NCAA Tournament appearances in 2019 and 2021. Now, anchored by Bean’s 19.9 points per game and 10.5 boards per outing, Odom has Utah State primed for another March Madness run.

The only other player in the last decade to average 20 PPG at 65% shooting in 13 games?

The 6-foot-7 senior striker from Oklahoma has been one of the most indispensable players in the college hoops this season. Fellow senior Brandon Horvath is the only other player on the roster to have a double-digit average (13.4) and is second on the team (after Bean) with 6.1 rebounds per game. This is a well-coached team with a lot of experience that should be competing for a Mountain West title.

The Falcons have not finished above .500 in eight consecutive seasons. But Scott has got the Fly Boys off to a 7-4 start in Year 2, which includes wins over Tulsa and Texas Southern. However, the Academy has been fighting lately, losing three in a row. Now the program turns the page to Mountain West action.

Conference game is next for this ️ pic.twitter.com/X0NeGYpiz2

The Air Force ranks 36th in the nation in scoring defense (60.4 ppg) and features a trio of freshmen that can do some stuff in Heidbreder, Ethan Taylor and Lucas Moerman. Taylor, a 6-foo-5 guard from Houston, is fourth in the country in minutes (38.1) and 26th in steals per game (2.2). Meanwhile, Moerman — a six-foot-tall local guard — has 20 blocks this season, and only needs one more to match the MWC-era freshman program record.

Air Force was one of the feel-good stories in the first month and a half of the college basketball season. But the Falcons are a significantly inferior team scoring the ball, scoring near the bottom of all of Division I in several offensive categories. The play of the Academy’s younger players is certainly encouraging, but I’m not ready to say it will be enough to beat a Utah state roster that has aspirations for a league title.

With Bean and Horvath leading the way for the road team, I like the Aggies in this place.