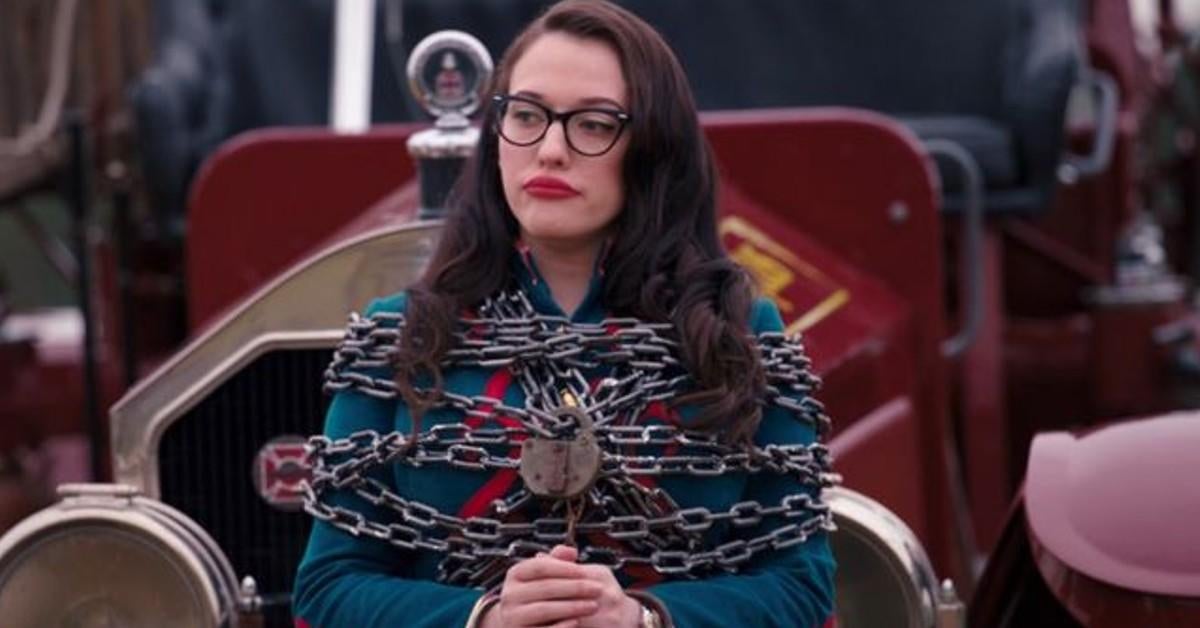 Time really does fly when you are the highest rated TV series of 2021! Last year, Marvel had an impressive lineup of shows debuting on Disney+, starting with WandaVision. Believe it or not, January 15 will mark a year since the first two episodes appeared on the streaming site. Lots of people have been celebrating the anniversary of the show, including Funko, who just announced a cool new Scarlet Witch Pop figure. Kat Dennings, who reprized her role as Darcy Lewis from Thor and Thor: The Dark World in WandaVision, took to social media today to celebrate the first birthday and share a funny behind-the-scenes photo.

“It’s @wandavision’s 1 year birthday so here I am breaking my spanx on my first day in the circus outfit,” Dennings wrote. “The struuuuugle is REAL!!! You FLY doh, frand!! 😍😍😍 Happy birthday to us!!,” replied Teyonah Parris (Monica Rambeau). You can view the photo below:

“I was very surprised and excited,” Dennings said of her returning Marvel comeback eight years later in an exclusive interview with PopCulture.com. “At first I just knew they wanted to bring Darcy back. When I heard it was for… WandaVision, I was very intrigued. It’s such a unique project – I think the audience really appreciated the uniqueness of the show.”

Sadly, it doesn’t look like Dennings will be part of Thor: Love and Thunder. While there’s no official word on whether or not we’ll see Darcy again, Marvel producer Mary Livanos teased last year that the character could be popping up anywhere.

“I do not think [Dennings’ absence] had to do with anything related to COVID,” Livanos explained when asked about Darcy’s absence from the WandaVision final. “We love Darcy as this elusive, wacky character, and I’m thrilled that Darcy can show up anywhere in the universe.”

WandaVision is available to watch on Disney+.