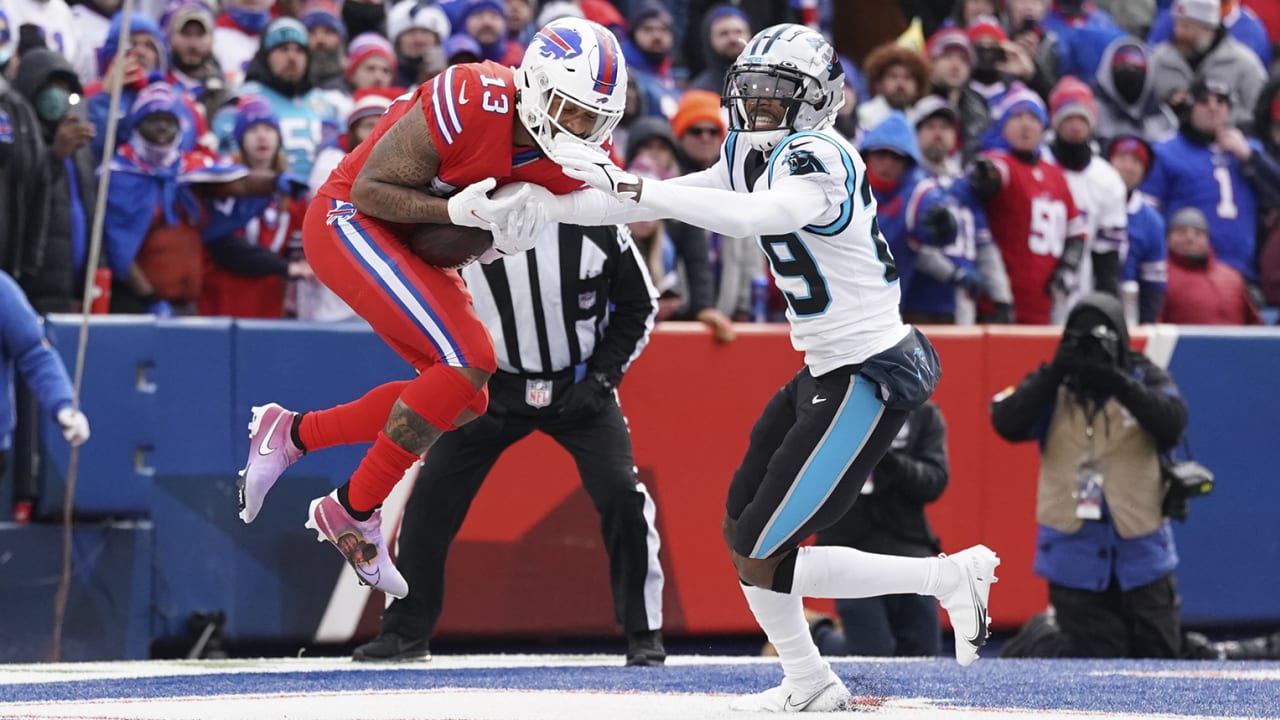 Josh Allen passed for 210 yards and three touchdowns, including two for receiver Gabriel Davis, to lead the Bills to a 31-14 win over the Carolina Panthers at Highmark Stadium on Sunday.

The win will set a battle for first place in the AFC East against the New England Patriots in Foxborough next Sunday. The Patriots lead the Bills by one game after losing to the Colts on Saturday. The Bills would hold the tiebreaker next week with a division record win.

The Bills (8-6) are seventh in the AFC and have a 72 percent chance of making the playoffs, according to the AFC. The New York Times playoff machine. They are one of five 8-6 teams in the conference, along with Cincinnati, Indianapolis, Los Angeles and Baltimore.