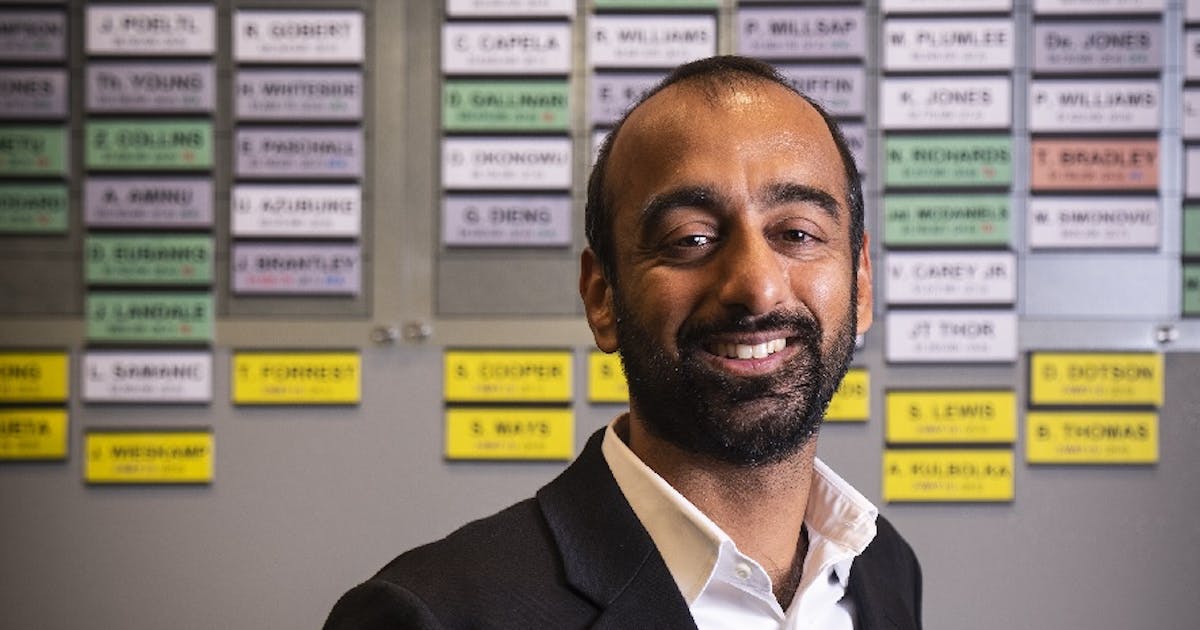 MEMPHIS – Before the Timberwolves played the Grizzlies on Thursday, Executive Vice President Sachin Gupta walked on the phone from section to section in the arena. With the February 10 trading deadline less than a month away, the feeling process has begun as to how this market will develop.

Gupta made his reputation in the league in part through crafting, but for the first time in his career, he will be making a career move after taking over the head of basketball operations since Gersson Rosas’ resignation in September. Gupta has not been named permanent head of basketball operations, but he will be in charge before February 10, a crucial time for the Wolves.

“For me, I’m not just looking for a trade or a splash to put my name on it,” Gupta said. “I feel really good with this team and at the moment I think we are on track to achieve the goals we have set.”

Midway through the season, Gupta said he was happy that the Wolves (20-22) were in the running for a playoff spot or a spot in the play-in tournament.

“We are two matches of the number 5″ [seed]. We’re closer to five than to ten. That feels really good,” said Gupta. “The coaching staff did a great job. We’ve been a top-10 defense so far this year, which we don’t think has been the strongest on the defensive side.”

Due to the Wolves’ start and defensive rankings, Gupta said he would categorize them more as “buyers” by the deadline because there is an opportunity to secure a play-off spot and avoid the play-in tournament. . But being a “buyer” doesn’t mean you have to shop for a rental player who won’t be in Minnesota after this season. Gupta said any deal the Wolves make will focus on improving now and over the next five years to maximize the “runway.”

“We see an opportunity to maybe reach five.” [seed], to work us out of the play-in just to secure a play-off spot, which would be great,” Gupta said. “If that opportunity comes along, I’d say we’re more buyers. But overall, I’d say we’re buyers in the long run.”

One of the biggest questions about the roster going into the season was who would play the Wolves in power alongside Towns. Rosas may have had a crush on Atlanta’s John Collins and Denver’s Aaron Gordon for that role.

The Wolves have also taken an interest in Indiana’s Myles Turner, but the emergence of Jarred Vanderbilt as a starter has made the Wolves rethink how they value that position and how every possible move would affect Vanderbilt.

Vanderbilt has hit Towns on offense with his distance, and his offensive rebound has helped the Wolves become a top-five team in that stat. He was also a good pick and roll partner for Russell.

“He really made a big impact. In many ways [Vanderbilt] has been a good frontcourt partner for KAT,” Gupta said. “That’s kind of changed the way we look at things. He got a real starting role, played big minutes and he really deserved it. I think we need to be aware of that, to look at other potential acquisitions to see how that affects his minutes, because he really deserved the minutes he’s playing now.”

Some of the issues that were present at the start of the season are still there. Gupta said the Wolves are still a “poor” defensive rebounding team and are making too many mistakes, but he said: “I strongly believe it has improved dramatically from where it was. I feel like we can say that.”

He also sees the attack getting better, like lately, mainly by players who just shoot better.

Despite the push from the playoffs, Gupta said he doesn’t feel the Wolves are willing to pay the luxury tax this season by taking on additional salaries, but that is on the table in years to come.

“We’re probably not at the position yet where it makes sense to go into it and at some point add to the potential to become a repeater,” Gupta said.

But the playoffs are in sight sooner rather than later and Gupta said he is ready to strike to make the Wolves better now.